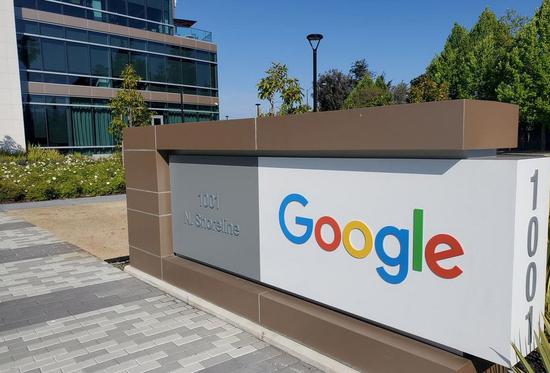 listen and you don't hear the spinning drone;

you only hear the maiden sigh and moan.

"good lass, what thought has occupied your mind?

good lass, what thought can you not leave behind?"

"i've nothing that has occupied my mind;

i've nothing that i cannot leave behind.

the khan is summoning the men to fight.

the twelve lists are literally the same;

my dad does not have any grown-up son;

i have no elder brother to carry the gun.

i'll go and buy a stalwart horse and pad

so as to go to battle for my dad."

she buys a strong steed in the eastern market;

she buys a saddle in the western market;

she buys a bridle in the southern market;

she buys a long whip in the northern market.

she leaves her dearest parents by daylight,

and stays by the yellow river for the night.

she can no longer hear her parents' sound,

but only hears the rushing flood around.

she leaves the yellow river by daylight.

she can no longer hear her parents' sound;

she only hears the tartar steeds around.

she goes for miles and miles to join the war,

and crosses hills and valleys with the crops.

the chilly moon shines on their coats of mail.

countless men die on the battlefields.

while other men return with swords and shileds.

mulan receives an audience from the khan,

who makes a huge grant to the valiant “man.”

and given piles of treasures she can boast.

she says when asked what she would like to do,

“high posts at court are not what i pursue.

all i want is a camel with its crew

to send me home to start my life anew.”

her parents leave the courtyard arm in arm.

her younger sister makes up to add charm.

her younger brother butches pigs on the farm.

she opens doors of chambers east and west

and sits upon her bed to take a rest.

she first takes off her warrior’s coat of mail

and then puts on her female dress and veil.

she stands by windows doing her long hair

when she meets her mates in female array,

they stare at her in great surprise and say,

“we fought for twelve years in the same brigade,

but never knew that mulan was a maid!”

“the male rabbit hops and skips on the ground;

the female rabbit winks and blinks around.

when two rabbits scurry to and fro,

who knows which is the buck and which the doe?”

she weaves and sees the shuttle pass.

you cannot hear the shuttle, why?

its whir is drowned in her deep sigh.

"oh, what are you thinking about?

will you tell us? will you speak out?"

"i have no worry on my mind,

nor have i grief of any kind.

the khan has ordered men to fight.

the roll was written in twelve books;

my father's name was in twelve nooks.

my father has no grown-up son,

for elder brother i have none.

i'll get a horse of hardy race

and serve in my father's place."

she buys a steed at eastern fair,

a whip and saddle here and there.

she buys a bridle at the south

and metal bit for the horse's mouth.

at dawn she leaves her parents by the city wall;

all night she listens for old folk's familiar call,

but only hears the yellow river's roar.

at dawn she leaves the yellow river shore;

to mountains black she goes her way.

at night she hears old folk's familiar voice no more,

but only on north mountains tartar horses neighs.

for miles and miles the army march along

and cross the mountain barriers as in flight.

the northern wind has chilled the watchman's gong,

their coat of mail glistens in wintry light.

but battle-hardened warriors come back in delight.

back they have their audience with the khan in the hall,

honors and gifts are lavished on warriors all.

the khan asks her what she wants as a grace.

"a camel fleet to carry me to my native place."

hearing that she has come,

her parents hurry to meet her at city gate.

her sister rouges her face at home,

her younger brother kills pig and sheep to celebrate.

she opens the doors east and west

and sits on her bed for a rest.

she doffs her garb wore under fire

before the window she arranges her hair

and in the mirror sees her image fair.

then she comes out to see her former mate,

who stares at her in amazement great:

"we have marched together for twelve years,

we did not know there was a lass' mid our compeers!"

"both buck and doe have lilting gait

and both their eyelids palpitate.

when side by side two rabbits go,

who can tell the buck from the doe?"

you don't hear the shuttle's sound,

you only hear daughter's sighs.

they ask daughter who's in her heart,

they ask daughter who's on her mind.

“no one is on daughter's heart,

no one is on daughter's mind.

the khan is calling many troops,

on every scroll there's father's name.

father has no grown-up son,

mu-lan has no elder brother.

i want to buy a saddle and horse,

and serve in the army in father's place.”

in the east market she buys a spirited horse,

in the west market she buys a saddle,

in the south market she buys a bridle,

in the north market she buys a long whip.

at dawn she takes leave of father and mother,

in the evening camps on the yellow river's bank.

she doesn't hear the sound of father and mother calling,

at dawn she takes leave of the yellow river,

in the evening she arrives at black mountain.

she doesn't hear the sound of father and mother calling,

she goes ten thousand miles on the business of war,

generals die in a hundred battles,

on her return she sees the son of heaven,

the son of heaven sits in the splendid hall.

he gives out promotions in twelve ranks

and prizes of a hundred thousand and more.

the khan asks her what she desires.

i wish to ride a swift mount

to take me back to my home.”

when father and mother hear daughter is coming,

they go outside the wall to meet her, leaning on each other.

she fixes her rouge, facing the door.

he whets the knife, quick quick, for pig and sheep.

“i open the door to my east chamber,

i sit on my couch in the west room,

i take off my wartime gown

and put on my old-time clothes.”

facing the window she fixes her cloudlike hair,

hanging up a mirror she dabs on yellow flower powder.

she goes out the door and sees her comrades,

her comrades are all amazed and perplexed.

traveling together for twelve years,

they didn't know mu-lan was a girl.

the she-hare's eyes are muddled and fuddled.

two hares running side by side close to the ground,

how can they tell if i am he or she?”